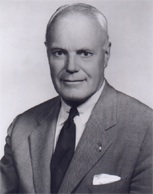 Voorhees' involvement in health care administration began in 1932 with his appointment to the Board of Regents of Long Island Hospital in Brooklyn, N.Y.  In 1935 he helped form a charitable organization named after his mother, Mary S. Voorhees.  In 1938 he became president of Long Island College Hospital, and a year later became a trustee of the Blood Transfusion Betterment Association.

Health care led Voorhees into international affairs.  In 1939-1940 he was assistant director, under Herbert Hoover, of the Finnish Relief Fund.  In 1940 he was an advisor to Bundles for Britain, participating in its Blood for Britain program, and for two years a member of the Board of Directors of Relief for Belgium, Inc.  In 1942 he became chairman of the Blood Donor Service of the American Red Cross as well as a civilian consultant to the Legal Division of the Surgeon General's Office.

In 1944-1946 Voorhees headed various medical and supply missions in the U.S. Armed Forces, and managed food relief operations in occupied Europe in 1946-1947.  In 1948 he was appointed Assistant Secretary of the Army, advancing to Under Secretary of the Army in 1949-1950.  In that position he played a prominent role in occupation policy for Germany and especially Japan.  In 1948-1950 he was president of Army Emergency Relief, and in 1950-1953 vice chairman of the Committee on the Present Danger, which lobbied for a strong defense posture in Europe.